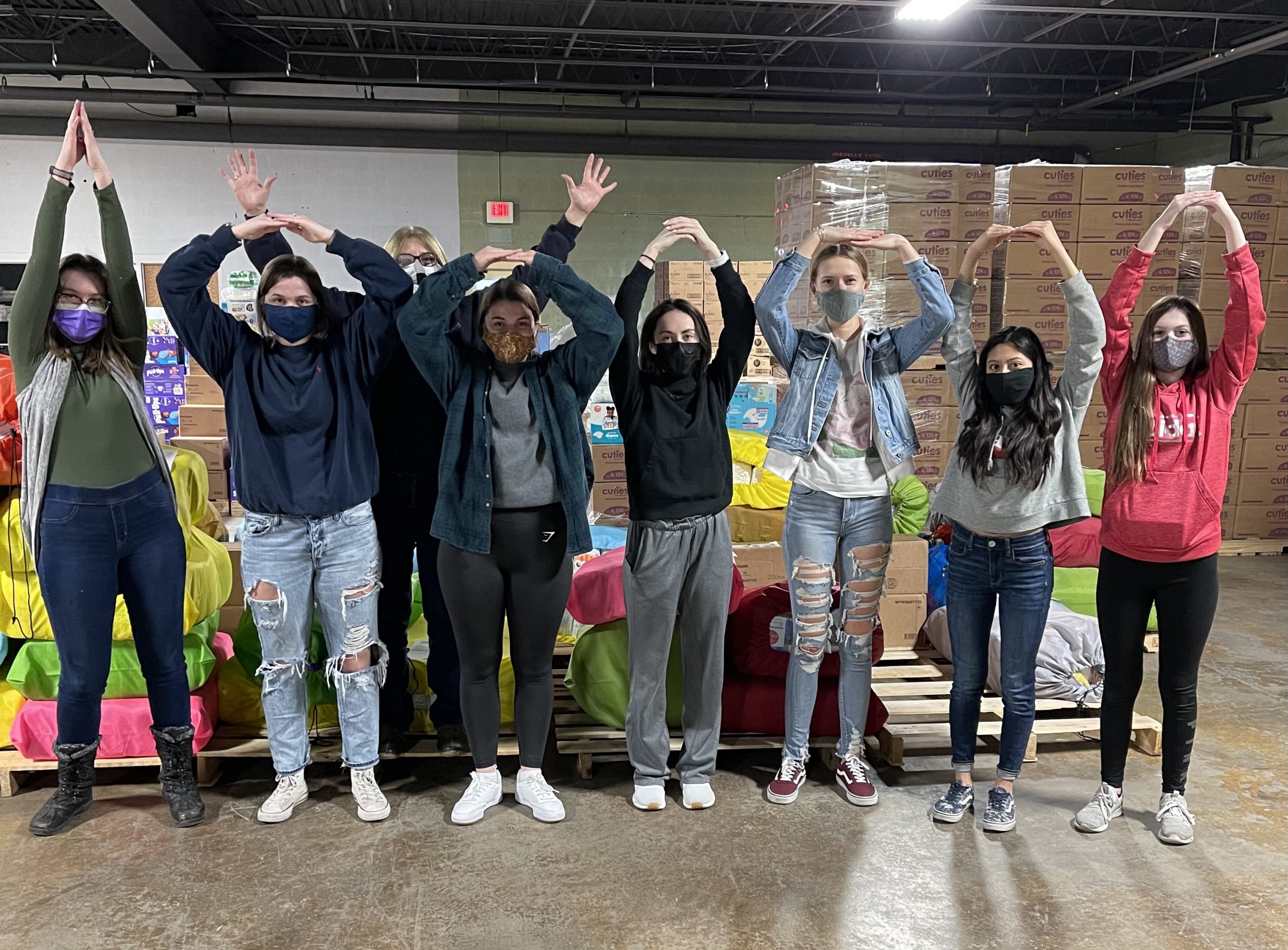 Diapers are expensive, even more so when you’re poor.

Lee Ann Porter knows what it’s like to worry about not having enough diapers.  The choice between diapers or gas. Diapers or the water bill.

In 2004 she was a single mom with three kids, living an 8-hour drive from family, and going through a messy divorce to end her abusive marriage.  Starting over alone is hard.

“The worst point came when I asked a neighbor to pawn my wedding ring,” says Porter. “We needed diapers, laundry soap, dish soap, and toilet paper. There was nowhere to get help. I felt like I was failing my kids.”

Porter got a job, moved back to Illinois, and remarried.

One day, she was scrolling Facebook and saw an article about diaper banks and their fantastic work, often started from a mom’s home. A Google search showed the closest diaper bank was in Champaign. A few calls revealed most local organizations did not have diapers; those that did had an inconsistent supply.

“I didn’t understand why this was still a problem ten years after I had experienced it, and I was not ok with it being a problem in my community.”

So in late 2015, Loving Bottoms Diaper Bank was founded.  It ran out of a spare room in Porters’ home for a while, then moved to a classroom in a daycare, eventually finding its home in a shared warehouse space.

The one-millionth diaper will leave the warehouse on March 10th and should find its way to a West Central Illinois family in need this month.  In 2021 Loving Bottoms Diaper Bank expects to exceed again 500,000 diapers distributed.

In 2021 Loving Bottoms Diaper Bank is partnering with 22 organizations in 8 West Central Illinois Counties (Fulton, Henderson, Henry, Knox, Mercer, Peoria, Tazewell, and Warren). These organizations range from emergency food pantries to home visiting programs. “We believe it is essential to put the diapers where families can receive other services if needed.”

“The need was high before COVID; it has only increased over the past year,” said Porter. “And we are not coming anywhere close to meeting it.”

Get full details about our Open (Ware)House on Facebook